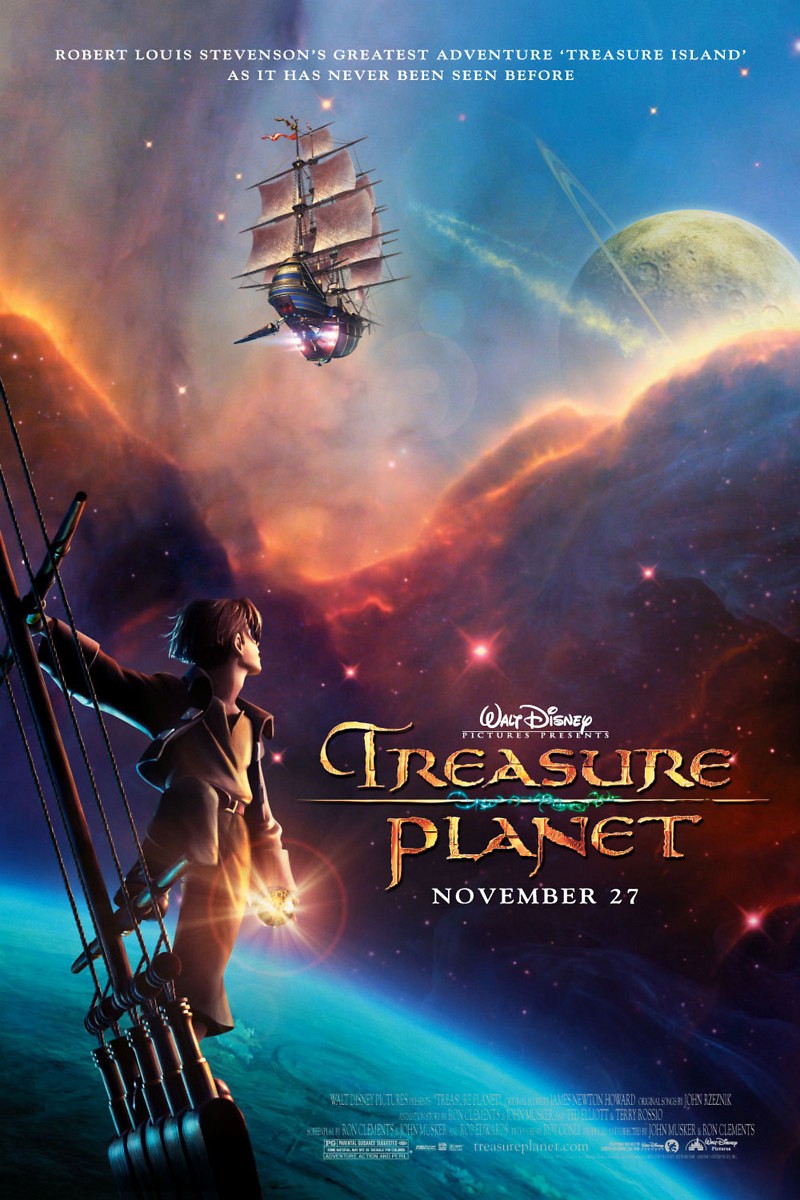 DVD: Treasure Planet DVD release date is set for April 29, 2003. Dates do change so check back often as the release approaches.

Blu-ray: Treasure Planet Blu-ray will be available the same day as the DVD. Blu-ray and DVD releases are typically released around 12-16 weeks after the theatrical premiere.

Digital: Treasure Planet digital release from Amazon Video and iTunes will be available 1-2 weeks before the Blu-ray, DVD, and 4K releases. The estimate release date is April 2003. We will update this page with more details as they become available. The movie has been out for around since its theatrical release.

Treasure Planet is the story of a young man who comes across a treasure map that makes all of his childhood fantasy stories come to life. Jim Hawkins works for his mother in her small restaurant, but when a pirate wanders through their doors and collapses, life changes forever. When the men seeking that pirate arrive and burn down the restaurant, Jim and his mother make a daring escape, but have nothing to return to. Jim takes the map the pirate gave him and sets off to find the legendary Treasure Planet so he can rebuild his mother’s shop and make a name for himself. Along the way, he encounters a host of odd and quirky characters that range from cut throat pirates to insane robots.

Treasure Planet DVD/Blu-ray is rated G. G rating means all ages are admitted. The material will not offend parents for viewing by children.

The movie currently has a 6.6 out of 10 IMDb rating and 60 Metascore on Metacritic. We will continue to add and update review scores.