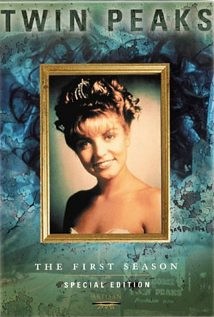 DVD: Twin Peaks DVD release date is set for October 30, 2007. Dates do change so check back often as the release approaches.

Blu-ray: Twin Peaks Blu-ray will be available the same day as the DVD. Blu-ray and DVD releases are typically released around 12-16 weeks after the theatrical premiere.

Digital: Twin Peaks digital release from Amazon Video and iTunes will be available 1-2 weeks before the Blu-ray, DVD, and 4K releases. The estimate release date is October 2007. We will update this page with more details as they become available. The movie has been out for around since its theatrical release.

Twin Peaks stars Kyle MacLachlanMichael OntkeanMädchen Amick. View everything you need to know about the movie below.

FBI agent Dale Cooper arrives in Twin Peaks, a small Pacific Northwest logging town, to investigate the murder of a high school girl named Laura Palmer. Initially rebuffed by the local police, Cooper, whose unorthodox methods include everything from finding clues in dreams to drawing on Tibetan Buddhist techniques, eventually wins them over. In the meantime, he discovers that Laura Palmer was living a double life as are many of the town’s residents. From the wealthiest and most influential residents to Laura’s classmates to the waitresses, truck drivers and diner owners, no one in Twin Peaks is exactly who they seem to be. Supernatural forces are at work, and Cooper must pay visits to other dimensions in order to stop them.

Twin Peaks DVD/Blu-ray is rated TV-MA. This program is specifically designed to be viewed by adults and therefore may be unsuitable for children under 17. This program may contain one or more of the following: crude indecent language (L), explicit sexual activity (S), or graphic violence (V).

The movie currently has a 9.1 out of 10 IMDb rating and N/A Metascore on Metacritic. We will continue to add and update review scores.