DVD Release Dates Uncategorized Two and a Half Men 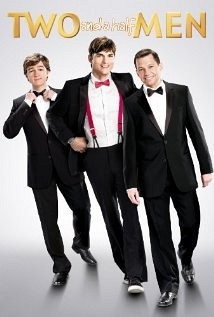 DVD: Two and a Half Men DVD release date is set for June 16, 2015. Dates do change so check back often as the release approaches.

Blu-ray: Two and a Half Men Blu-ray will be available the same day as the DVD. Blu-ray and DVD releases are typically released around 12-16 weeks after the theatrical premiere.

Digital: Two and a Half Men digital release from Amazon Video and iTunes will be available 1-2 weeks before the Blu-ray, DVD, and 4K releases. The estimate release date is June 2015. We will update this page with more details as they become available. The movie has been out for around since its theatrical release.

Two and a Half Men stars Jon CryerAngus T. JonesConchata Ferrell. View everything you need to know about the movie below.

When Allen’s wife demands a divorce, the hen pecked man has nowhere to go. He moves in with his brother Charlie in his Malibu beach house. The two could not be more different, Allen is a geeky chiropractor and Charlie is a hard drinking womanizer. Add in Allen’s not so bright son Jake and sarcastic housekeeper Berta and it makes for a dysfunctional family. When Charlie is killed by a scorned lover, the house is bought by Walden, a billionaire who decides to keep Allen around.

Two and a Half Men DVD/Blu-ray is rated TV-14. This program contains some material that many parents would find unsuitable for children under 14 years of age. Parents are strongly urged to exercise greater care in monitoring this program and are cautioned against letting children under the age of 14 watch unattended. This program may contain one or more of the following: intensely suggestive dialogue (D), strong coarse language (L), intense sexual situations (S), or intense violence (V).

The movie currently has a 7.3 out of 10 IMDb rating and N/A Metascore on Metacritic. We will continue to add and update review scores.