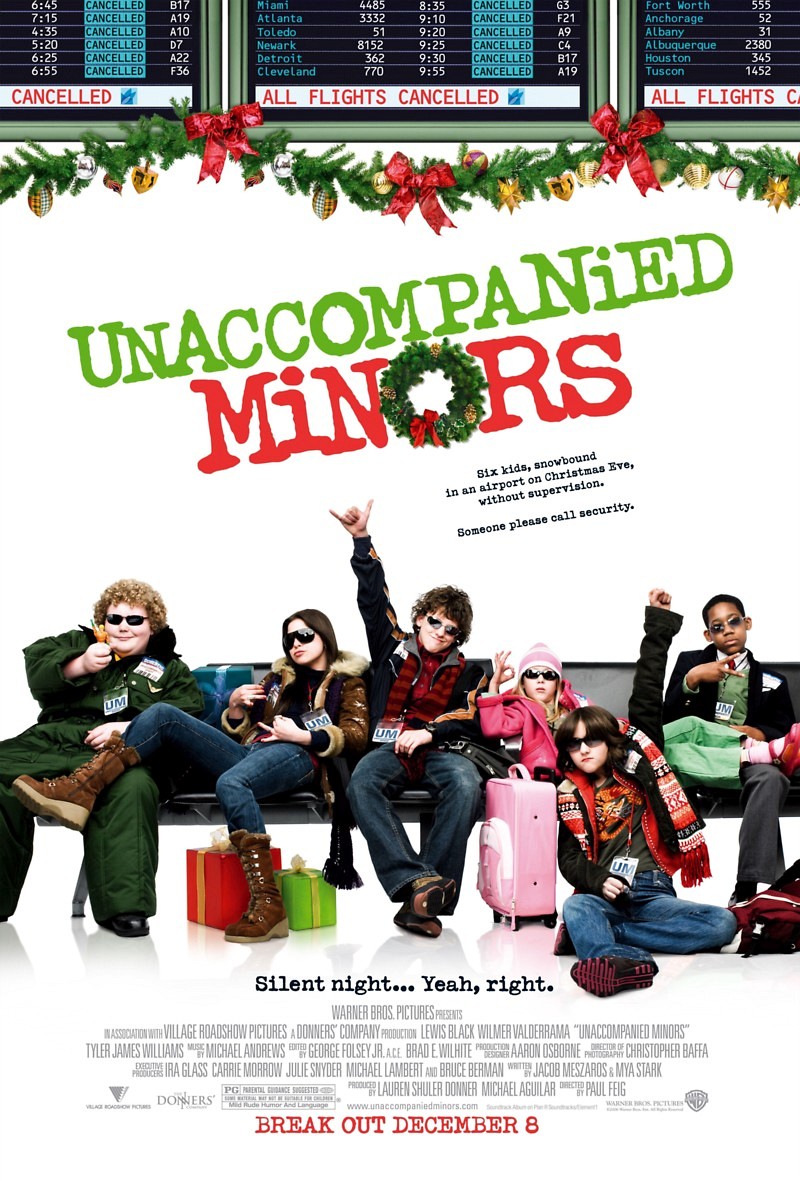 DVD: Unaccompanied Minors DVD release date is set for August 7, 2007. Dates do change so check back often as the release approaches.

Blu-ray: Unaccompanied Minors Blu-ray will be available the same day as the DVD. Blu-ray and DVD releases are typically released around 12-16 weeks after the theatrical premiere.

Digital: Unaccompanied Minors digital release from Amazon Video and iTunes will be available 1-2 weeks before the Blu-ray, DVD, and 4K releases. The estimate release date is July 2007. We will update this page with more details as they become available. The movie has been out for around since its theatrical release.

When a blizzard traps Spencer and Katherine Davenport in a Kansas airport, they officially become unaccompanied minors, children who travel by plane without any parents or guardians. The temporary responsibility of the grumpy airline staff, the children realize in dismay that they will miss Christmas. Determined to provide a real Christmas for Katherine, Spencer joins up with four other children in the same situation to bring a little Christmas cheer to his sister. The sour airline representative Oliver has other ideas, and resolves to keep the kids from their holiday fun no matter what the cost.

The movie currently has a 3.9 out of 10 IMDb rating and 43 Metascore on Metacritic. We will continue to add and update review scores.