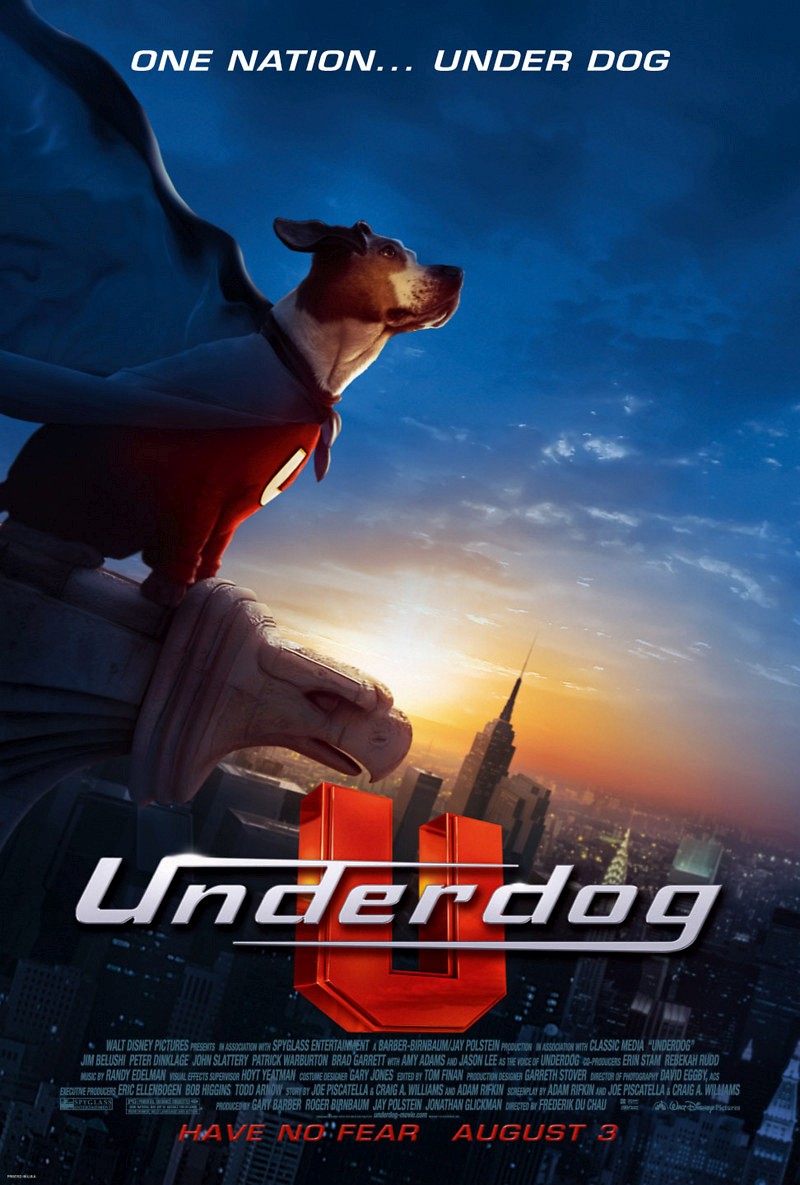 DVD: Underdog DVD release date is set for December 18, 2007. Dates do change so check back often as the release approaches.

Blu-ray: Underdog Blu-ray will be available the same day as the DVD. Blu-ray and DVD releases are typically released around 12-16 weeks after the theatrical premiere.

Digital: Underdog digital release from Amazon Video and iTunes will be available 1-2 weeks before the Blu-ray, DVD, and 4K releases. The estimate release date is December 2007. We will update this page with more details as they become available. The movie has been out for around since its theatrical release.

After being exposed to DNA-modifying chemicals that were developed by the mad scientist, Simon Bar Sinister, a washed up police dog named Shoeshine suddenly develops superpowers. Shoeshine soon gets a new owner, a young boy named Jack with whom he is able to talk. Jack and Shoeshine realize that Shoeshine’s powers can be used to help people, so the two create the Underdog persona and Shoeshine stops a string of minor crimes from occurring. When Simon Bar Sinister realizes that his experiments are the source of Underdog’s powers, he hatches a clever plan to use these powers to help him take over Capitol city. With the help of his friends, Underdog manages to foil the mad scientist’s plan and return order to the city.

The movie currently has a 4.5 out of 10 IMDb rating and 37 Metascore on Metacritic. We will continue to add and update review scores.