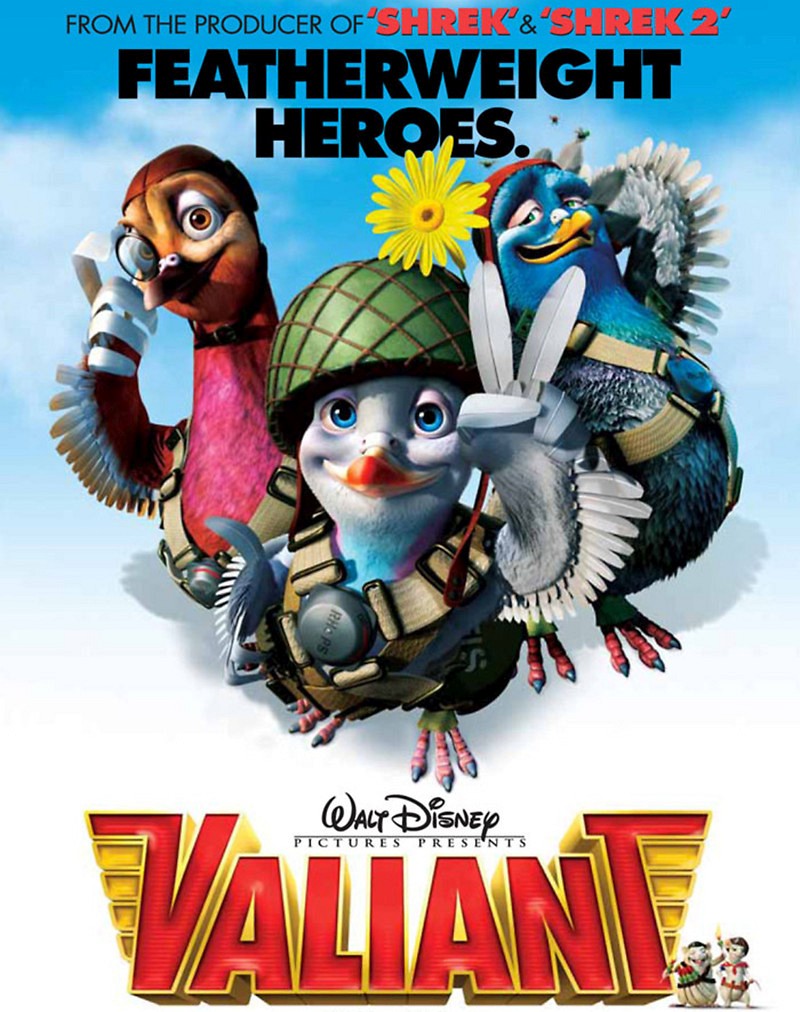 DVD: Valiant DVD release date is set for December 13, 2005. Dates do change so check back often as the release approaches.

Blu-ray: Valiant Blu-ray will be available the same day as the DVD. Blu-ray and DVD releases are typically released around 12-16 weeks after the theatrical premiere.

Digital: Valiant digital release from Amazon Video and iTunes will be available 1-2 weeks before the Blu-ray, DVD, and 4K releases. The estimate release date is December 2005. We will update this page with more details as they become available. The movie has been out for around since its theatrical release.

Valiant is a wood pigeon living in England during the second World War who signs up to serve as a homing pigeon after being swept up in the English war propaganda. Along with a company of friends, Valiant is put through rigorous training to fly for England’s Royal Homing Pigeon Service. On their way to get a message that must be delivered, the group’s plane is embroiled in a nasty dogfight and they are forced to bail out. Their luck only worsens when they are attacked by a fearsome German falcon named Captain Von Talon and his bumbling henchman. The valuable message is lost and the pigeons must fight to retrieve it. Their journey ultimately comes full circle and the final showdown between Captain Von Talon and Valiant happens at the cottage where he grew up.

Valiant DVD/Blu-ray is rated G. G rating means all ages are admitted. The material will not offend parents for viewing by children.

The movie currently has a 5.6 out of 10 IMDb rating and 45 Metascore on Metacritic. We will continue to add and update review scores.