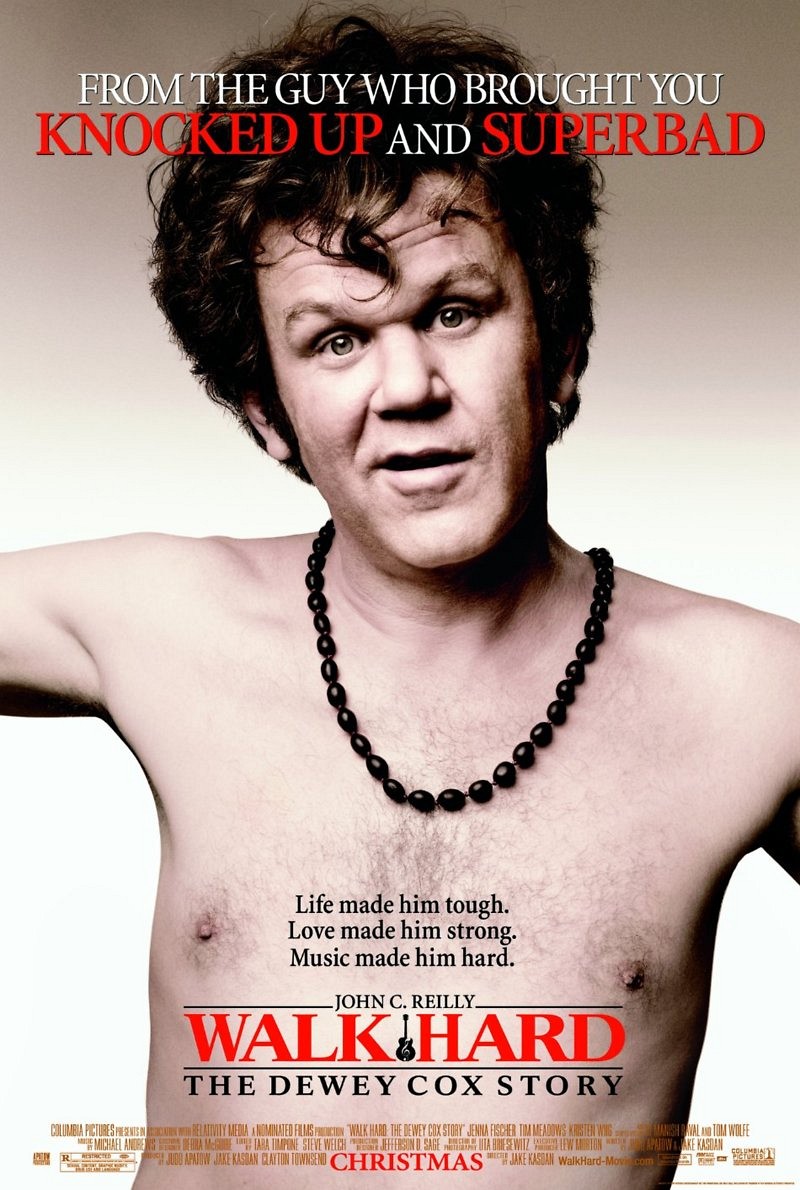 DVD: Walk Hard: The Dewey Cox Story DVD release date is set for April 8, 2008. Dates do change so check back often as the release approaches.

Blu-ray: Walk Hard: The Dewey Cox Story Blu-ray will be available the same day as the DVD. Blu-ray and DVD releases are typically released around 12-16 weeks after the theatrical premiere.

Digital: Walk Hard: The Dewey Cox Story digital release from Amazon Video and iTunes will be available 1-2 weeks before the Blu-ray, DVD, and 4K releases. The estimate release date is March 2008. We will update this page with more details as they become available. The movie has been out for around since its theatrical release.

Some people wear celebrity better than others. Dewey Cox is one such example. Going through quite the yo-yo of a musical career, he finds himself living extremely hard! Sleeping with hundreds of women, marrying multiple times, using countless different types of drugs and making friends with many different celebrities through the decades, Dewey has done it all! But Dewey’s music has made him an icon and despite his bumbling example of a life, he manages to make an impact on America and the world!

Walk Hard: The Dewey Cox Story DVD/Blu-ray is rated R. R stands for ‘Restricted’, which means children under 17 require accompanying parent or adult guardian. The movie contains some adult material and parents are urged to learn more about the movie.

The movie currently has a 6.7 out of 10 IMDb rating and 63 Metascore on Metacritic. We will continue to add and update review scores.