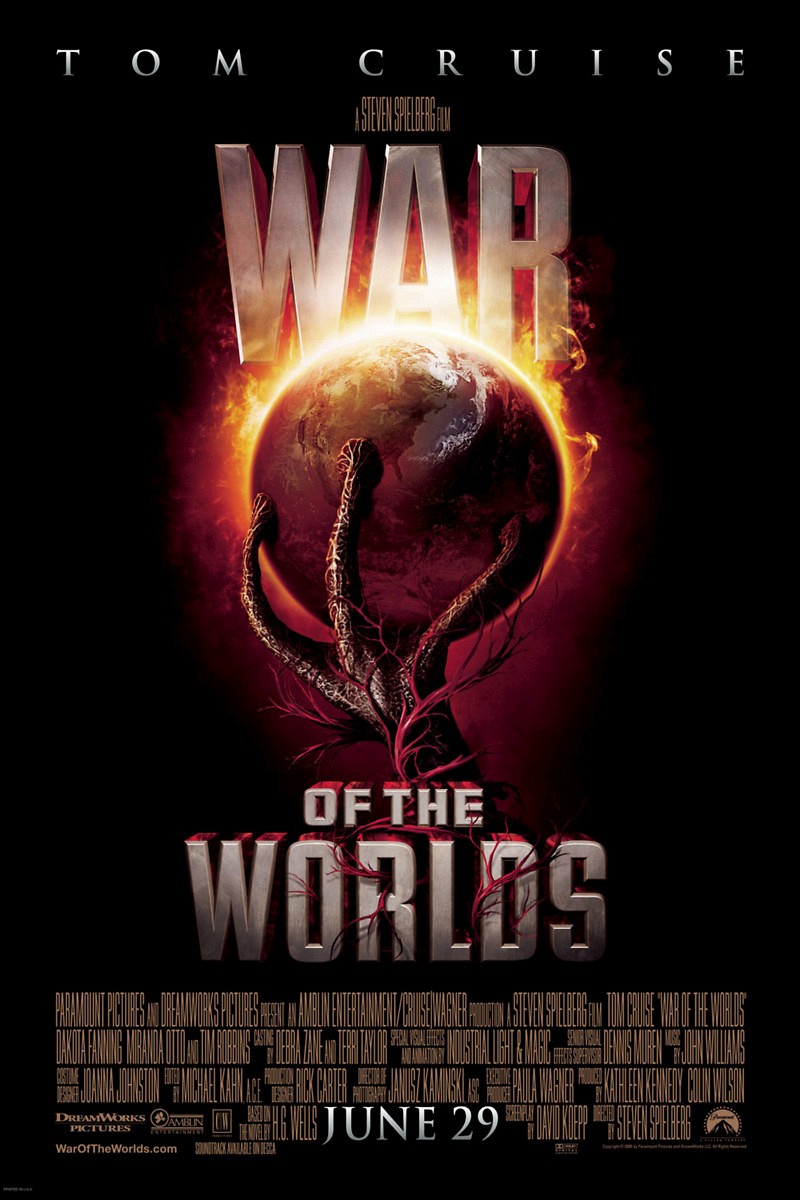 DVD: War of the Worlds DVD release date is set for November 22, 2005. Dates do change so check back often as the release approaches.

Blu-ray: War of the Worlds Blu-ray will be available the same day as the DVD. Blu-ray and DVD releases are typically released around 12-16 weeks after the theatrical premiere.

Digital: War of the Worlds digital release from Amazon Video and iTunes will be available 1-2 weeks before the Blu-ray, DVD, and 4K releases. The estimate release date is November 2005. We will update this page with more details as they become available. The movie has been out for around since its theatrical release.

War of the Worlds stars Tom Cruise, Dakota Fanning, Miranda Otto, Justin Chatwin, Tim Robbins. View everything you need to know about the movie below.

In Steven Spielbergs version of the H.G. Wells classic, aliens invade earth and one man gets thrust into the center of the battle. After strange lightning activity shuts down all electronic devices, Ray (Tom Cruise) learns that the aliens have been underground for perhaps centuries, waiting to rise. Rushing with his kids to their mothers house in Boston, they contend with apocalyptic surroundings and people gone mad. They stop at a mans house for safety but Ray must kill him when he becomes too much of a liability. When confronted with a giant human harvesting machine, Ray devises a plot to get a grenade inside of it without getting killed himself. In the end, Ray reunites the family while the aliens die from germs.

War of the Worlds DVD/Blu-ray is rated PG-13. Parents are urged to be cautious. Some material may be inappropriate for pre-teenagers (under 13).

The movie currently has a 6.6 out of 10 IMDb rating and 73 Metascore on Metacritic. We will continue to add and update review scores.