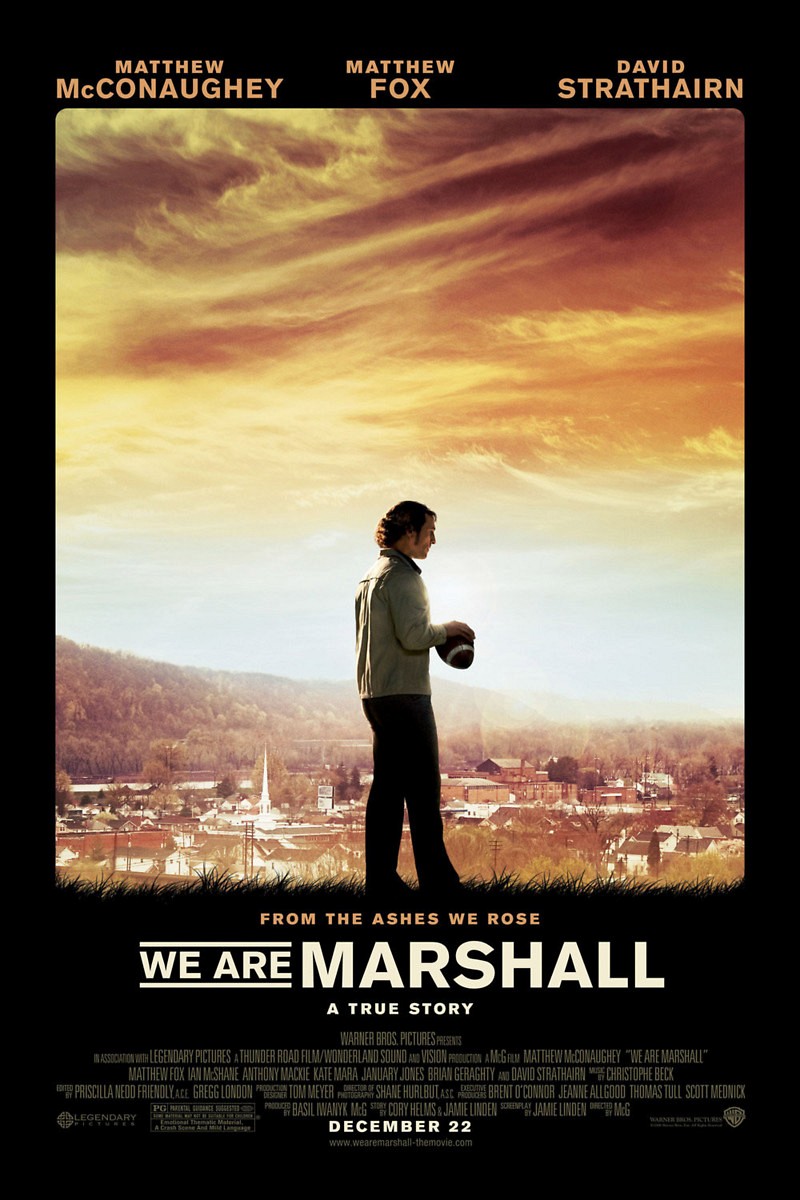 DVD: We Are Marshall DVD release date is set for September 18, 2007. Dates do change so check back often as the release approaches.

Blu-ray: We Are Marshall Blu-ray will be available the same day as the DVD. Blu-ray and DVD releases are typically released around 12-16 weeks after the theatrical premiere.

Digital: We Are Marshall digital release from Amazon Video and iTunes will be available 1-2 weeks before the Blu-ray, DVD, and 4K releases. The estimate release date is September 2007. We will update this page with more details as they become available. The movie has been out for around since its theatrical release.

We Are Marshall stars Matthew McConaughey, Matthew Fox, Anthony Mackie, David Strathairn, Ian McShane. View everything you need to know about the movie below.

A plane carrying most of the members of the Marshall University football team and coaching staff crashes in November, 1970. After a period of mourning that rocks the small community of Huntington, West Virginia, one player who wasn’t on the flight pleads with the school to resurrect the football team. Jack Lengyel, a brash, likeable young coach, gets the nod to lead the new squad and the NCAA allows Marshall the exception of playing with freshman in order to field a full team. With Lengyel at the helm, the team endures the pain of losing but eventually learns that winning is not the only way of measuring success. Along the way the football team helps the grieving town heal and move on from this horrific tragedy.

The movie currently has a 7.1 out of 10 IMDb rating and 53 Metascore on Metacritic. We will continue to add and update review scores.