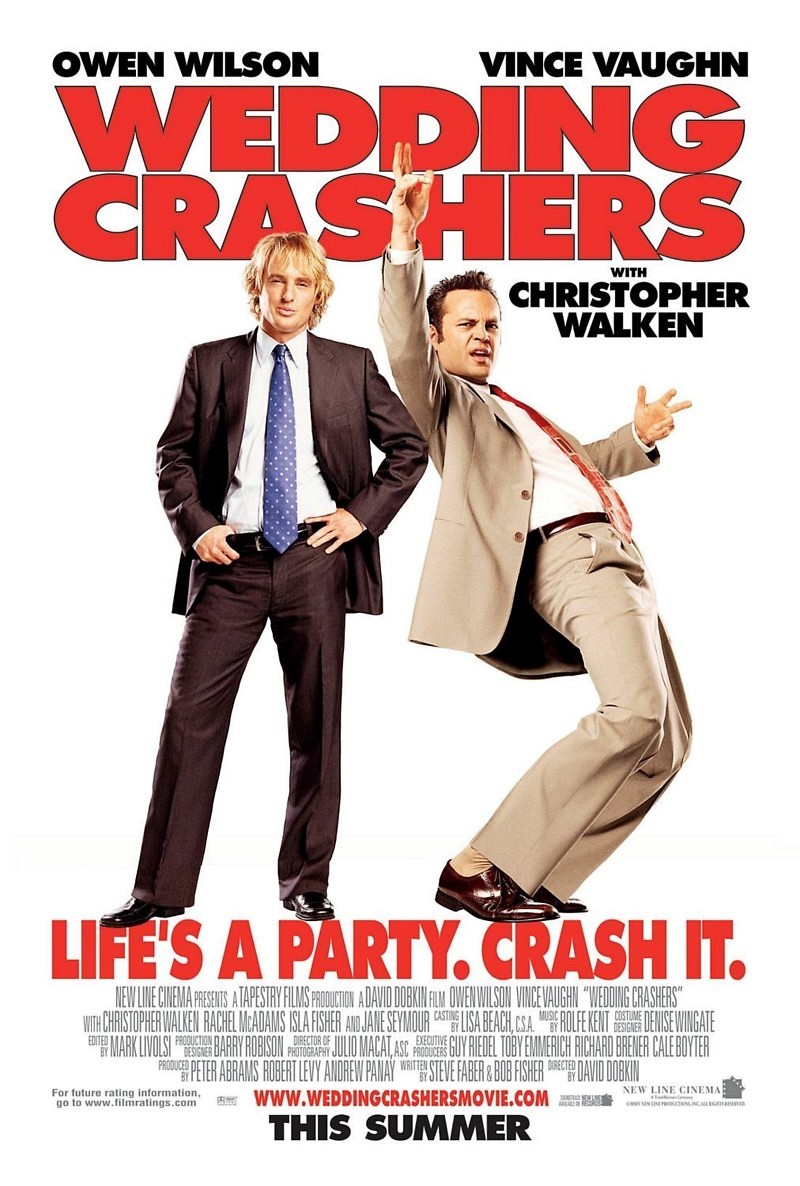 DVD: Wedding Crashers DVD release date is set for January 3, 2006. Dates do change so check back often as the release approaches.

Blu-ray: Wedding Crashers Blu-ray will be available the same day as the DVD. Blu-ray and DVD releases are typically released around 12-16 weeks after the theatrical premiere.

Digital: Wedding Crashers digital release from Amazon Video and iTunes will be available 1-2 weeks before the Blu-ray, DVD, and 4K releases. The estimate release date is December 2005. We will update this page with more details as they become available. The movie has been out for around since its theatrical release.

Owen Wilson and Vince Vaughn play the main characters, John Beckwith and Jeremy Grey, in the Wedding Crashers. The men spend their time attending the weddings of people they don’t know in an attempt to pick up women. They pretend to be friends or family of the couple and blend in with the rest of the wedding guests. Their crashing days come to a halt when John finds himself attracted to one of his intended victims, Claire (Rachel McAdams), and decides to pursue her regardless of the obstacles in his way. The plot thickens as the two men spend more time with Claire and her family, and Jeremy tries to stay away from his one-night stand from the wedding, Claire’s sister, Gloria (Isla Fisher).

Wedding Crashers DVD/Blu-ray is rated R. R stands for ‘Restricted’, which means children under 17 require accompanying parent or adult guardian. The movie contains some adult material and parents are urged to learn more about the movie.

The movie currently has a 7.1 out of 10 IMDb rating and 64 Metascore on Metacritic. We will continue to add and update review scores.