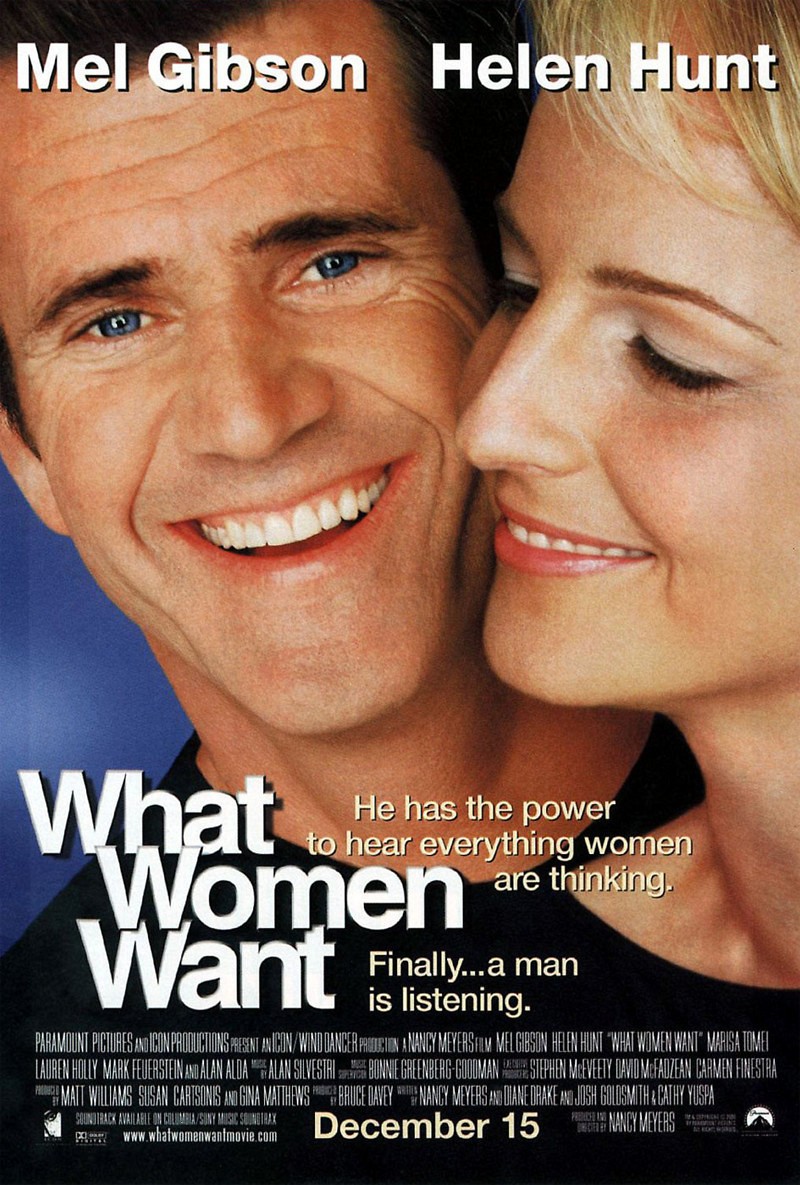 DVD: What Women Want DVD release date is set for May 8, 2001. Dates do change so check back often as the release approaches.

Blu-ray: What Women Want Blu-ray will be available the same day as the DVD. Blu-ray and DVD releases are typically released around 12-16 weeks after the theatrical premiere.

Digital: What Women Want digital release from Amazon Video and iTunes will be available 1-2 weeks before the Blu-ray, DVD, and 4K releases. The estimate release date is April 2001. We will update this page with more details as they become available. The movie has been out for around since its theatrical release.

The ability to hear the thoughts of the female gender becomes real for a chauvinistic advertising executive in the film What Women Want. Facing difficulties relating to a teenage daughter, sustaining a real relationship, and creating advertising relevant to the female populace, Mel Gibson’s character gains the ability to telepathically hear women’s thoughts when around them. This ability initially enables the protagonist to manipulate the women around him. However, as his manipulation continues, he learns to empathize rather than manipulate. Eventually, the ability to hear women’s thoughts results in the desire to repair the relationships with the women in his life.

What Women Want DVD/Blu-ray is rated PG-13. Parents are urged to be cautious. Some material may be inappropriate for pre-teenagers (under 13).

The movie currently has a 6.3 out of 10 IMDb rating and 47 Metascore on Metacritic. We will continue to add and update review scores.