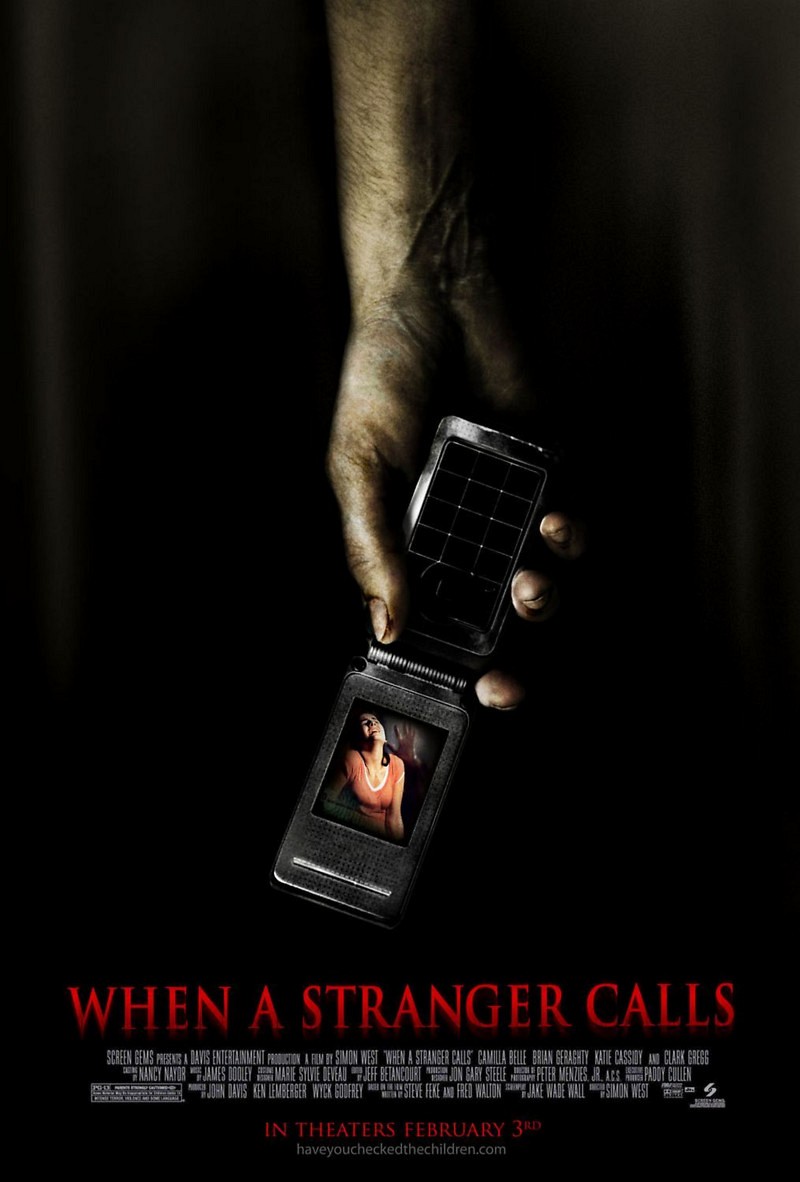 DVD: When a Stranger Calls DVD release date is set for May 16, 2006. Dates do change so check back often as the release approaches.

Blu-ray: When a Stranger Calls Blu-ray will be available the same day as the DVD. Blu-ray and DVD releases are typically released around 12-16 weeks after the theatrical premiere.

Digital: When a Stranger Calls digital release from Amazon Video and iTunes will be available 1-2 weeks before the Blu-ray, DVD, and 4K releases. The estimate release date is May 2006. We will update this page with more details as they become available. The movie has been out for around since its theatrical release.

When a Stranger Calls stars Camilla Belle, Tommy Flanagan, Katie Cassidy, Tessa Thompson, Brian Geraghty. View everything you need to know about the movie below.

Jill Johnson is dealing with the typical issues most teenagers face. She is having issues with her friends and has a high phone bill she can’t pay. To earn some extra cash, Jill’s dad gets her a babysitting job with an influential couple. The house is extraordinary, but it’s also isolated. Not long after she’s there, Jill begins getting strange hang up calls. Ruling out her prankster friends, she becomes increasingly worried and contacts the cops. When the cops finally trace the call and locate where the stalker is calling from, the real horror begins.

When a Stranger Calls DVD/Blu-ray is rated PG-13. Parents are urged to be cautious. Some material may be inappropriate for pre-teenagers (under 13).

The movie currently has a 4.8 out of 10 IMDb rating and 27 Metascore on Metacritic. We will continue to add and update review scores.