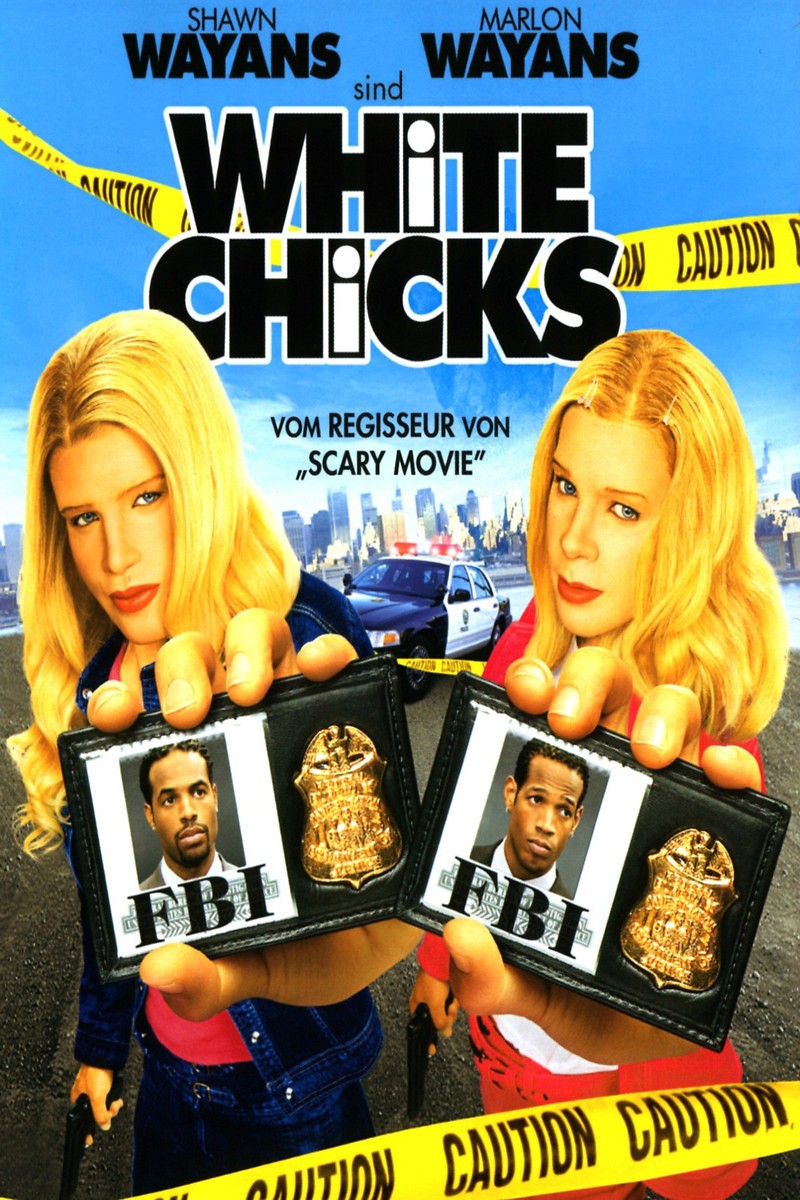 DVD: White Chicks DVD release date is set for October 26, 2004. Dates do change so check back often as the release approaches.

Blu-ray: White Chicks Blu-ray will be available the same day as the DVD. Blu-ray and DVD releases are typically released around 12-16 weeks after the theatrical premiere.

Digital: White Chicks digital release from Amazon Video and iTunes will be available 1-2 weeks before the Blu-ray, DVD, and 4K releases. The estimate release date is October 2004. We will update this page with more details as they become available. The movie has been out for around since its theatrical release.

After failing their latest mission, brothers and FBI agents Kevin and Marcus Copeland are assigned a new case that no one else wants. They must investigate the planned kidnapping of two spoiled and snobby hotel heiresses, Tiffany and Brittany Wilson. The agents join the sisters on their way to the Hamptons, but the four get into a car accident. With cuts on their faces, the sisters insist they cannot be seen in public, so Kevin and Marcus decide to disguise themselves as the sisters and go to the Hamptons alone. During the weekend, the two brothers must deal with shopping, catty rivals, unwanted attention from a possible suitor and a sinister plot against the sisters.

White Chicks DVD/Blu-ray is rated PG-13. Parents are urged to be cautious. Some material may be inappropriate for pre-teenagers (under 13).

The movie currently has a 5 out of 10 IMDb rating and 41 Metascore on Metacritic. We will continue to add and update review scores.