DVD Release Dates Uncategorized Why Did I Get Married? 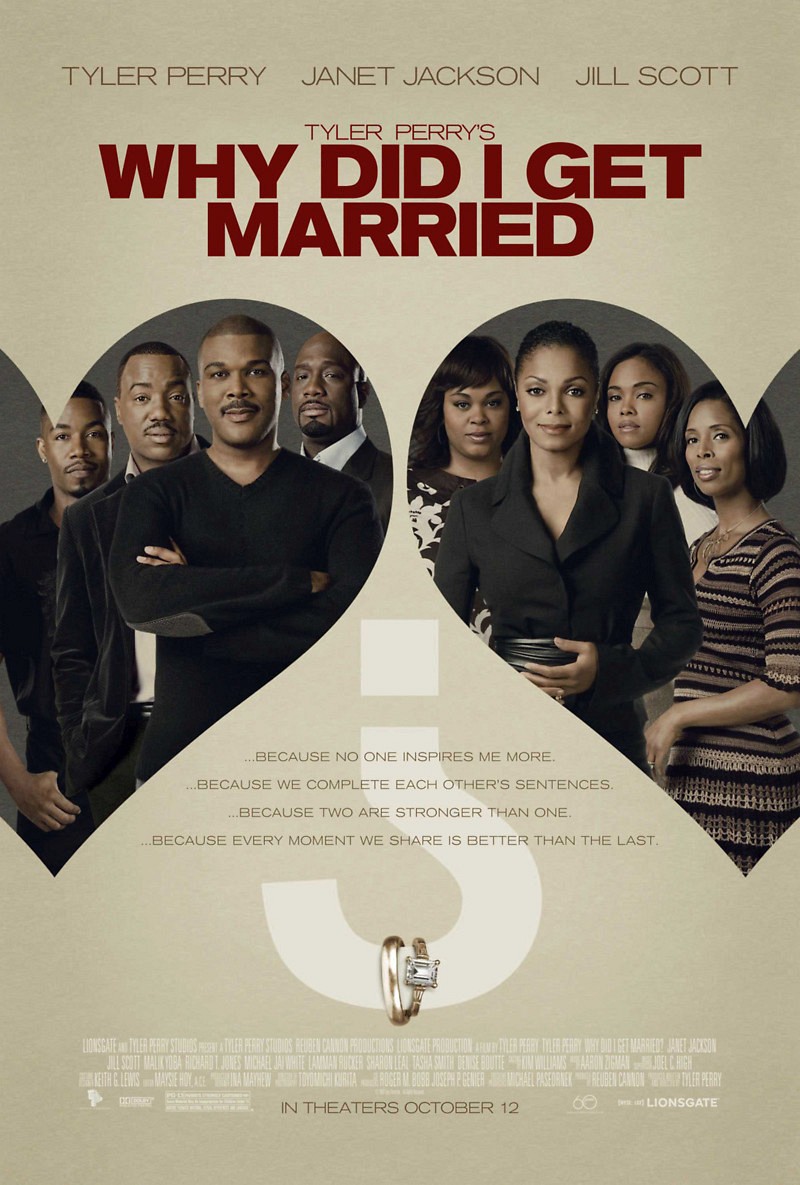 DVD: Why Did I Get Married? DVD release date is set for February 12, 2008. Dates do change so check back often as the release approaches.

Blu-ray: Why Did I Get Married? Blu-ray will be available the same day as the DVD. Blu-ray and DVD releases are typically released around 12-16 weeks after the theatrical premiere.

Digital: Why Did I Get Married? digital release from Amazon Video and iTunes will be available 1-2 weeks before the Blu-ray, DVD, and 4K releases. The estimate release date is February 2008. We will update this page with more details as they become available. The movie has been out for around since its theatrical release.

Why Did I Get Married? stars Tyler Perry, Sharon Leal, Janet Jackson, Malik Yoba, Jill Scott. View everything you need to know about the movie below.

Four couples, who are best friends, gather for an annual trip to evaluate their relationship, asking themselves Why did I get married? This years trip is a retreat in the mountains. The couples arrive at the cabin with their relationships already strained: Diane is overworked leaving her husband Terry to feel neglected; Sheila, being overweight her husband Mark mistreats her; Angela, a successful business owner with a boisterous personality berates her husband because he works for her; and then there is Patricia and Galvin, the overly perfect couple who is plagued with grief causing a rift between them. Throughout the week secrets will be revealed and relationship will be put to the test. Which marriage will come down from the mountains in tact?

Why Did I Get Married? DVD/Blu-ray is rated PG-13. Parents are urged to be cautious. Some material may be inappropriate for pre-teenagers (under 13).

The movie currently has a 4.4 out of 10 IMDb rating and 54 Metascore on Metacritic. We will continue to add and update review scores.