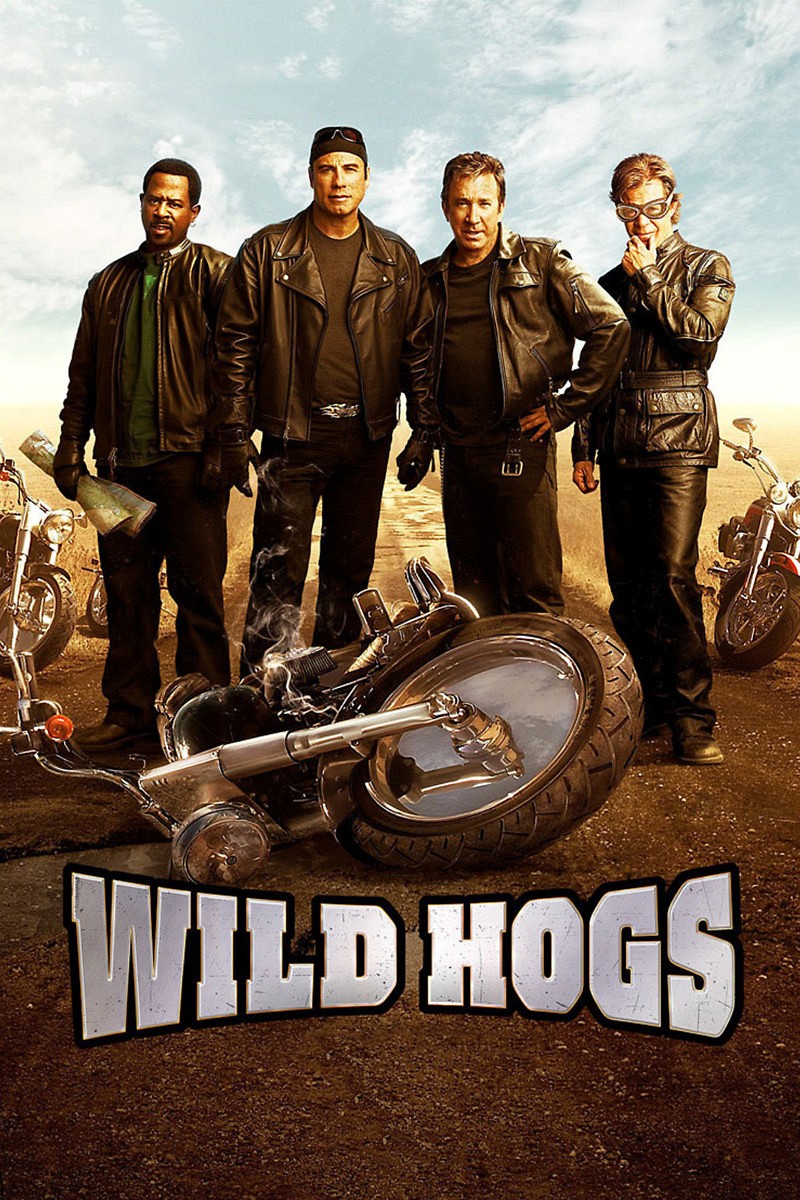 DVD: Wild Hogs DVD release date is set for August 14, 2007. Dates do change so check back often as the release approaches.

Blu-ray: Wild Hogs Blu-ray will be available the same day as the DVD. Blu-ray and DVD releases are typically released around 12-16 weeks after the theatrical premiere.

Digital: Wild Hogs digital release from Amazon Video and iTunes will be available 1-2 weeks before the Blu-ray, DVD, and 4K releases. The estimate release date is August 2007. We will update this page with more details as they become available. The movie has been out for around since its theatrical release.

Doug (Tim Allen), Bobby (Martin Lawrence), Dudley (William Macy) and Woody (John Travolta) are friends in various stages of frustration with their current situations. They set out on a cross-country adventure together on their motorcycles; the buddies have ridden together for years, calling themselves the Wild Hogs. The comedy develops as they encounter various misadventures during their travels. Things get rough when the guys enter a bar for a drink and run into the Del Fuegos, a real motorcycle gang. The gang considers them posers and tricks them out of one of their motorcycles. The Wild Hogs attempt to retrieve the motorcycle, deal with Del Feugos, who have been terrorizing a nearby town, and then return to their normal lives.

Wild Hogs DVD/Blu-ray is rated PG-13. Parents are urged to be cautious. Some material may be inappropriate for pre-teenagers (under 13).

The movie currently has a 6 out of 10 IMDb rating and 27 Metascore on Metacritic. We will continue to add and update review scores.