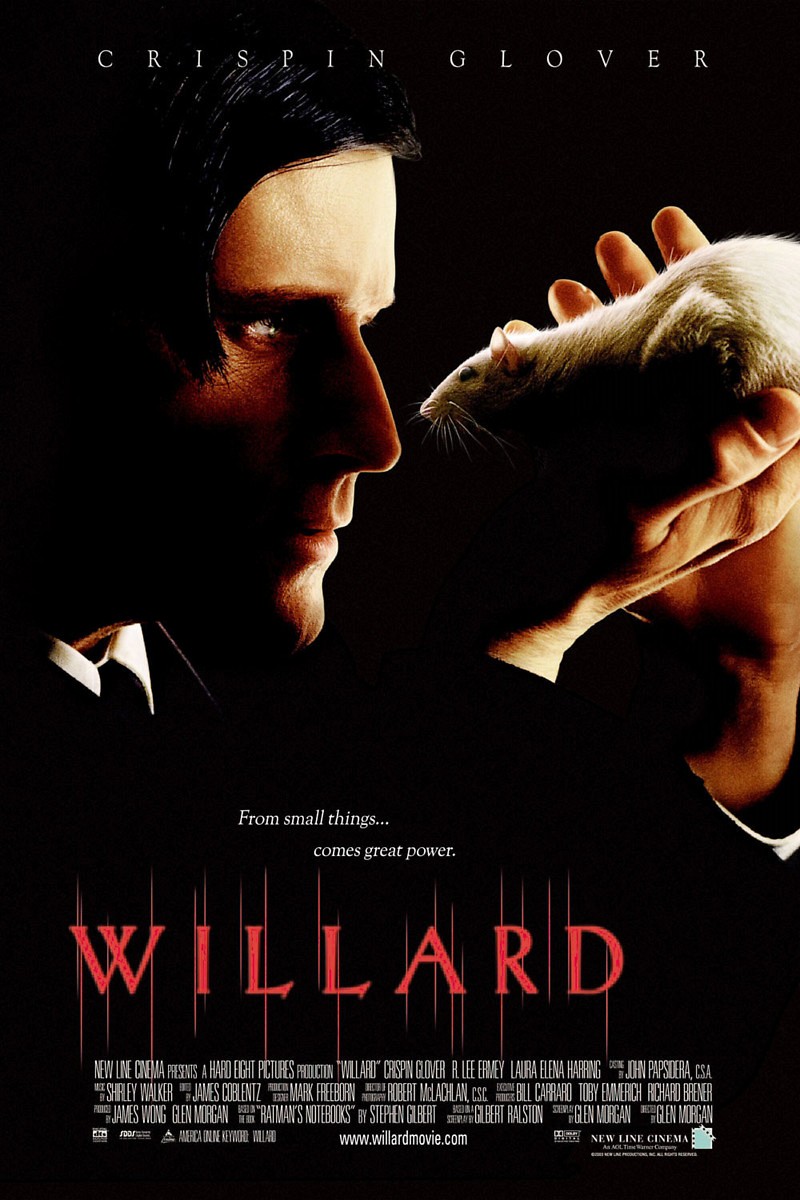 DVD: Willard DVD release date is set for October 7, 2003. Dates do change so check back often as the release approaches.

Blu-ray: Willard Blu-ray will be available the same day as the DVD. Blu-ray and DVD releases are typically released around 12-16 weeks after the theatrical premiere.

Digital: Willard digital release from Amazon Video and iTunes will be available 1-2 weeks before the Blu-ray, DVD, and 4K releases. The estimate release date is September 2003. We will update this page with more details as they become available. The movie has been out for around since its theatrical release.

Willard is a down trodden man who lives with his ill and abusive mother in her house. His boss has stolen his father’s company and now humiliates Willard on a daily basis at his work. His only friends are the rats who infest his home. He grows particularly close to a rat named Socrates, who he comes to see as his only friends. However, one of Willard’s coworkers, Cathryn is also fond of him. She slowly becomes his friend and love interest over time. Upon discovering that he is going to be fired and losing Socrates, Willard goes mad and makes a deal with the remaining rats to dispose of his cruel and abusive boss. The rats are all too happy to oblige, but Willard may find his partnership with them even more dangerous than his boss.

Willard DVD/Blu-ray is rated PG-13. Parents are urged to be cautious. Some material may be inappropriate for pre-teenagers (under 13).

The movie currently has a 6.2 out of 10 IMDb rating and 61 Metascore on Metacritic. We will continue to add and update review scores.