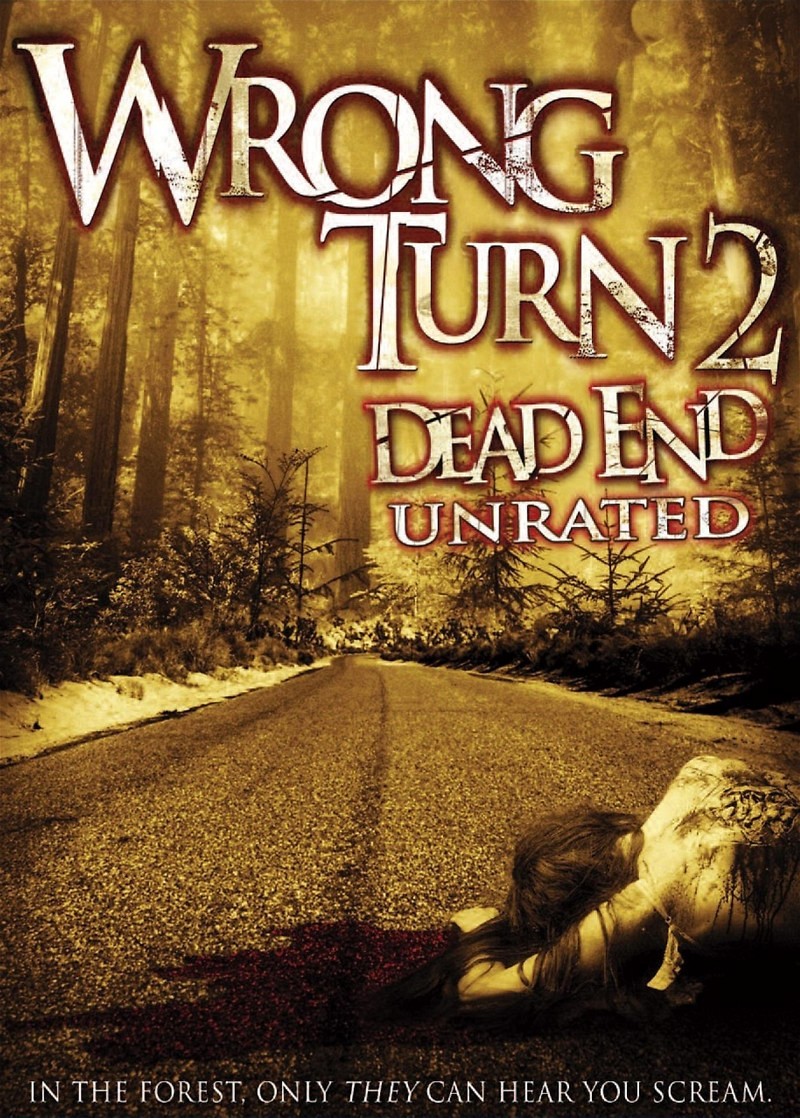 DVD: Wrong Turn 2: Dead End DVD release date is set for October 9, 2007. Dates do change so check back often as the release approaches.

Blu-ray: Wrong Turn 2: Dead End Blu-ray will be available the same day as the DVD. Blu-ray and DVD releases are typically released around 12-16 weeks after the theatrical premiere.

Digital: Wrong Turn 2: Dead End digital release from Amazon Video and iTunes will be available 1-2 weeks before the Blu-ray, DVD, and 4K releases. The estimate release date is September 2007. We will update this page with more details as they become available. The movie has been out for around since its theatrical release.

The cast and crew of a reality TV show including its host, ex-military man Colonel Dale Murphy, go to rural West Virginia for their next shoot, a survival show set in a simulated post-apocalyptic landscape. The contestants are a typical mix of personalities: a jock, a goth girl, a tough military woman, a smarmy skateboarder and a promiscuous young woman. Unbeknownst to them, the area they have chosen for the game is in fact inhabited by a family of mutant cannibals. The first one to arrive, reality superstar Kimberly, is immediately killed by two of the family members. One by one, the others are picked off and eaten by the family until only Dale and two of the contestants remain.

Wrong Turn 2: Dead End DVD/Blu-ray is rated R. R stands for ‘Restricted’, which means children under 17 require accompanying parent or adult guardian. The movie contains some adult material and parents are urged to learn more about the movie.

The movie currently has a 5.5 out of 10 IMDb rating and N/A Metascore on Metacritic. We will continue to add and update review scores.