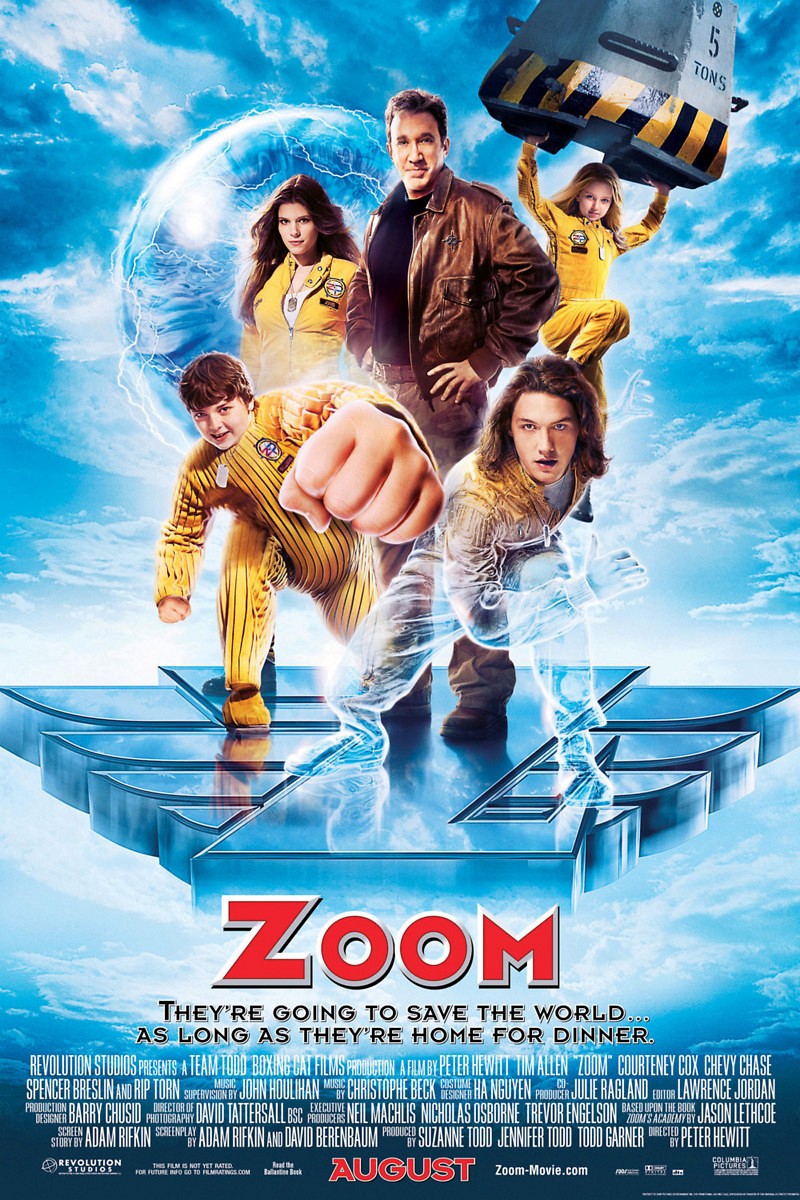 DVD: Zoom DVD release date is set for February 13, 2007. Dates do change so check back often as the release approaches.

Blu-ray: Zoom Blu-ray will be available the same day as the DVD. Blu-ray and DVD releases are typically released around 12-16 weeks after the theatrical premiere.

Digital: Zoom digital release from Amazon Video and iTunes will be available 1-2 weeks before the Blu-ray, DVD, and 4K releases. The estimate release date is February 2007. We will update this page with more details as they become available. The movie has been out for around since its theatrical release.

Jack Shepard, AKA Captain Zoom, has retired from his superhero career and is enjoying his now normal life. Shepard is called out of retirement by the Academy who need his help in training a new group of young superheros required to save the world. Things start off poorly as an open audition for the group reveals many superpowers that are not useful and can be downright disgusting. When four are found with acceptable superpowers, Shepard must make them into a cohesive unit that can battle the threat that hangs over the world.

The movie currently has a 3.6 out of 10 IMDb rating and 26 Metascore on Metacritic. We will continue to add and update review scores.